CHECK IN
AT THE DESK

START GAMING!
*We are using our best effort to reserve this time slot for you but it is not guaranteed.

There’s No Vacationing From Gaming

A Company Called Gameway Is Now Running Gaming Lounges In Terminals B and E of DFW International Airport.
November 23, 2021 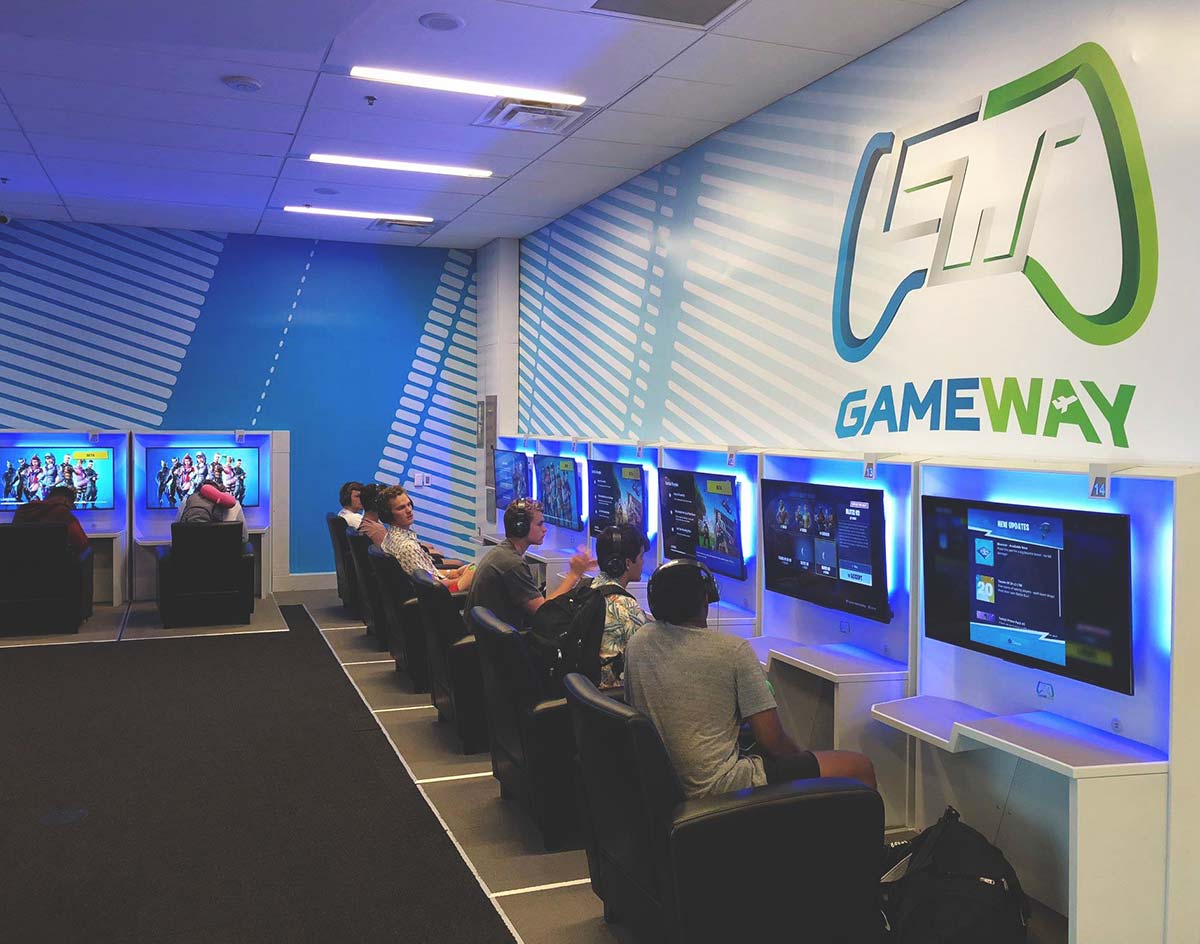 Whether the Dallas area will become the next great eSports hub may be up for debate but, when it comes to airports, there’s no American gaming equivalent to what North Texas’ DFW International Airport currently has to offer.

Credit a new company called Gameway for that.

Founded by an Oregon-based husband-and-wife tandem based out of Oregon, Gameway is currently operating two gaming lounges inside of the airport — a 14-station lounge located at gate B42 that opened on June 10, and a 22-station lounge found at E16 that just opened last week. Gameway and DFW Airport alike are claiming these to be the first such lounges found in any airport.

The concept of these lounges is pretty simple. Each “station” features a leather chair, a flat-screen 4K television, noise-cancelling headphones, a charging station for other electronics and an XBox One (with controllers). Guests are billed 42 cents per minute of play or, if they expect their session to last longer than 47 minutes, they can pay a flat $20 fee to have a full day’s worth of access to the lounges, which are open from 5 a.m. to 10 p.m. every day and are found, it’s worth noting, past security checkpoints.

Users can play from a finite list of titles downloaded onto each console (see bottom of this post for Gameway’s opening roster of games), and will be able to log into their XBox accounts to access their cloud-saved games and profiles from the airport. (XBox One is currently the only console that’s part of the Gameway platform.)

Considering that North Texas is already home to entire restaurants dedicated to gaming (and that’s not even counting our many arcade bars) and the National Video Game Museum, plus at least two in-the-works esports arenas, the news that Dallas is at the forefront of yet another gaming frontier perhaps isn’t too surprising.

Another thing we imagine won’t be much of a surprise? The looks of despair plastered onto the faces of all parents who have to walk their crying children past gates E16 and B42 at DFW Airport in the future. It’s basically a given that kids are gonna be crying up all sorts of storms over their parents not letting them inside to play at these lounges, right?

XBox One Titles Available For Play At DFW Airport Gameway Location (Upon Opening):